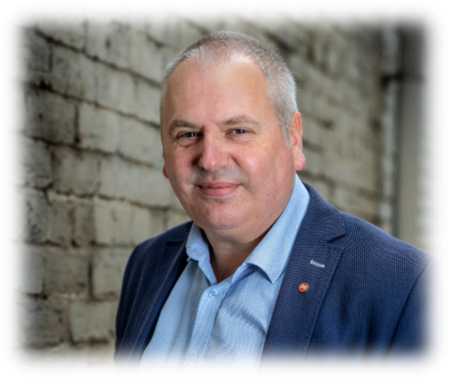 2020 hasn’t been the best of years. There aren’t too many silver linings to a global pandemic, but what has been encouraging to see is the renewed appreciation for public health. ‘Viral load’ and ‘R numbers’ have become part of everyday dinner table conversation as people learn more about the life-saving science striving to keep them, their family and their community safe.

The SVRU have been card-carrying members of the World Health Organisation’s Violence Prevention Alliance for more than a decade. But why is a police unit a member of a health body? Like the WHO we believe violence is a disease. It sounds strange to compare the two, but plot the outbreaks of violence on a map, as epidemiologist Gary Slutkin did in Chicago, and you’ll see they follow the same epidemic curves as a viral outbreak.

Just as public health experts around the world are doing right now with Covid 19, Scotland has been applying a public health approach to reducing violence since 2005. It is a systematic method of gathering data on the outbreak, analysing the causes, developing interventions and rolling out what works across the country. Rather than just treating the symptoms of the disease – physical abuse, assaults, homicides – we look for the root causes and how we can intervene to stop the spread and escalation of violence.

Often the answer is intervention at the earliest point possible. We know that adverse childhood experiences (ACEs) increase a child’s chance of becoming in the years that follow, a victim and/or a perpetrator of violence, along with a host of other negative experiences in their lives. The ACEs movement has gathered real pace which has been exciting to witness. However, being trauma informed is just the first step, we will only really make a difference if we use that knowledge to change the way we interact with children at every level of society.

We have a once in a generation chance right now to do just that…a chance to recharge, regroup and regenerate. Yes, the pandemic and its economic consequences will throw up new and difficult challenges, but it will also open the door to a different way of doing things. In Scotland we know change, however hard, is possible, because we’ve done it before. In 2004/5 Scotland was among the most violent places to live in the developed world. We’ve seen homicide levels, especially in Glasgow, fall dramatically to levels last seen in the 1970s. Scotland achieved this by changing the way we did things and pulling together across policing, health, education and of course communities.

However, those big initial declines we saw in violence have levelled off. The number of homicide cases in Scotland has remained at around 60 deaths a year for nearly a decade now. So once again, we must think and act differently if we want to see different outcomes. This time however we start with the knowledge that there is nothing inevitable about violence. We know that if we follow the evidence lives can and will be saved and communities healed. Together we can make 2021 the dawn of a safer Scotland for all.