SCSN has a small but highly skilled and dedicated staff team and a board comprised of many highly talented and experienced people from across the community safety spectrum and further afield. 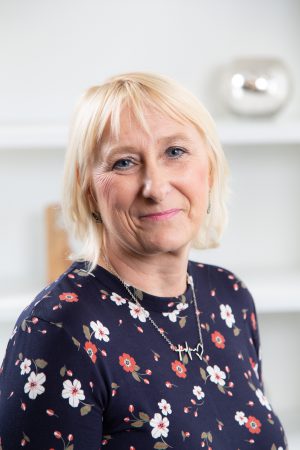 Lorraine Gillies is the Chief Officer with the Scottish Community Safety Network and has recently taken on the role of Chief Officer of Neighbourhood Watch Scotland, now hosted by the SCSN.  Her role is to ensure that the organisations achieves the vision set out by Board of Directors and reflects the needs of the membership and stakeholders.  Lorraine has a background in the public sector, audit and scrutiny and the third and voluntary sectors.  She is a Fellow of the Royal Society of Arts and enjoys starting fires…. 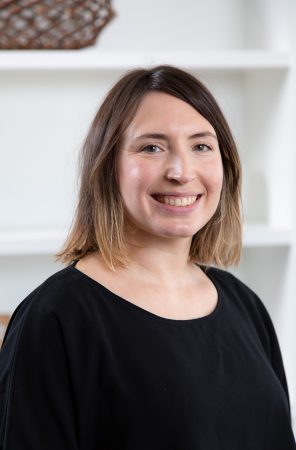 Hannah Dickson is the Development Manager with the Scottish Community Safety Network. She provides expert advice and guidance on community safety to partners and supports the work of members through developing policy and practice briefings. She also participates in national groups that develop and deliver strategy or themed pieces of work, and facilitates regional groups including community safety lead officer and practitioners and the Scottish partnership analyst’s forum.

Hannah has a background in analysis; initially as a police intelligence analyst and later as a community safety and community planning partnership analyst. She also has extensive experience in the development of partnerships and stakeholder support. She a keen interest in participation and improvement and has recently joined Twitter – follow her @HannahDix.

Dawn Exley is a National Development Officer with the Scottish Community Safety Network.   Dawn has worked in a similar capacity in the Scottish Government and the third sector.  She volunteers as a trustee of the Citadel Youth Centre in her spare time.

Originally from Nottingham Josh moved to Glasgow from Manchester in 2018. He loves the city and the people and feel proud to call Glasgow home now. Josh originally studied music but have since worked in community development, research and evaluation and some interesting programmes around employment, homelessness and co-production. 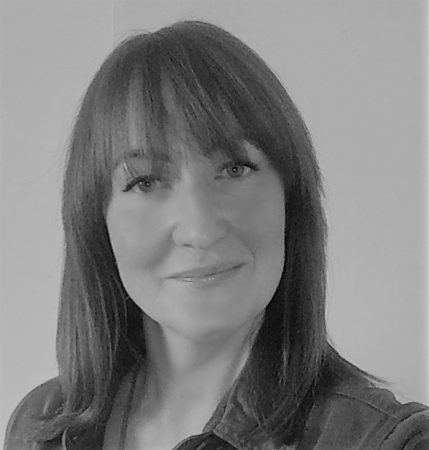 Shona’s role is to be the first point of contact for the organisation and provide high quality administrative, events and finance support.  Shona has worked in Office Management, Administration and Human Resources with over 15 years experience in a range of sectors including Construction, Scottish Sport and the Scottish Third Sector.  Shona has spent several years working in Community Development in the ex-Coalfields Areas assisting with redevelopment, employability and local community events.

David is the SCSN communications officer. His role is to produce the monthly Safety NETworks newsletter as well as managing and maintaining the SCSN website and social media accounts, including producing multi-media content. David previously spent nearly four years as communications officer at Hepatitis Scotland and led work on a national hepatitis C testing campaign. He currently works part time with SCSN and the rest of the week he works as a Community Alcohol Brief Intervention Practitioner with the Glasgow Council on Alcohol, and currently co-chairs a city wide working group on LGBT substance use health inequalities.

Ian Hanley is the Community Safety Lead Officer in Inverclyde Council a policy and performance role that oversees activity within the Community Safety Partnership in Inverclyde as well as supporting the local police and fire scrutiny committee. In October 2018 he went on secondment to the Council’s Policy Team to do work around community planning particularly the implementation of locality plans for Inverclyde. He has been on the board since 2013 and is currently the Vice-Chair. 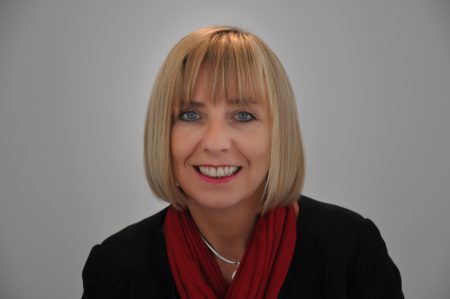 Ann Fehilly is Head of Strategic Services within Community Safety Glasgow and has worked in the field of Community Safety since 1989, initially within Safe Strathclyde and then within Development and Regeneration Services of Glasgow City Council; post local Government reorganisation.  In 2006 GCC created a number of Arms Length External Organisations (ALEOs) to deliver a range of services, one of which was Community Safety Glasgow.  Ann has been involved in developing and delivering a number of services in Glasgow from theory to practice. 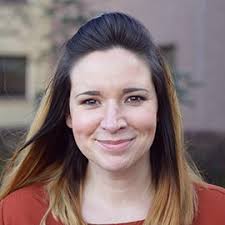 Gemma Fraser is a new Director on the Board of the Scottish Community Safety Network.  Currently, she is an Improvement Lead within Community Justice Scotland, which is the national oversight body for community justice activity across Scotland.  In this role she supports local areas to improve aspects of the justice system for those involved, and report to the Scottish Government on national progress. She is particularly passionate about restorative justice and supporting children and young people, working nationally to develop both.

Gemma previously worked for Police Scotland for 11 years, latterly as the Senior Partnership Analyst for Fife Community Safety Partnership. She has a post-graduate degree in collaborative leadership in complex environments, and recently completed a qualification with the Chartered Management Institute. 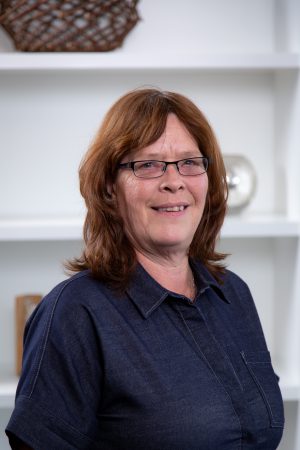 Shirley has been heavily involved with SCSN for a number of years and is particularly looking forward to the challenges and opportunities that lie ahead in community safety and helping to establish SCSN as a leading player. 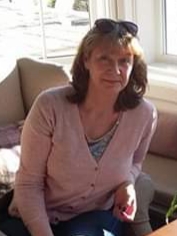 Liz is the Community Safety Manager with RoSPA in Scotland.  Liz’s role covers the prevention of accidents in the home and in and around water and she has been with RoSPA for 25 years.  Additionally, Liz, on behalf of RoSPA, provides the Secretariat to the Cross Party Group on  Accident Prevention and Safety Awareness. Liz holds a BA in Business Studies and a Masters in Injury Prevention and Safety Awareness. Her role includes delivering a grant funded programme of work including: providing safety information, support and training for practitioners; public promotion and awareness raising; strategic influencing and awareness raising at local, national and European level; gathering and disseminating evidence and research and facilitating specialist projects. 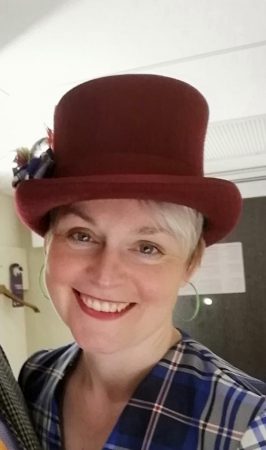 Cheryl has been Head of Workforce Planning for the Scottish Social Services Council (SSSC) based in Dundee since August 2019.  As the lead for the SSSC workforce planning function the role requires working closely with the Chief Social Work Adviser and the Convention of Scottish Local Authorities (COSLA) to deliver the recommendations of the National Health and Social Care Workforce Plan working with Scottish Government; managing the publication of official statistics and workforce data reports; supporting the implementation of government policy and working with partners developing enhanced careers pathways for a multidisciplinary and integrated workforce.  A trained and accredited analyst, Cheryl has previously held roles in police forces and local authorities (across both Scotland and England) in Community Safety and Community Planning Partnerships and has a passion for the use of data in evidencing impact of activities on outcomes. 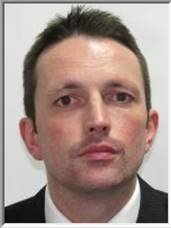 David joined Strathclyde Police in 1995 and has served in uniform and detective roles in the west of Scotland and been on secondment to Scottish Government and local authorities. On the formation of Police Scotland, David has performed duties as Superintendent in Specialist Crime Division and in Ayrshire Division. He was promoted to Chief Superintendent, Head of Safer Communities in 2019.

David is a Specialist Firearms Commander, Tactical Public Order Commander and CBRN On Scene Commander and has commanded a number of serious and high profile operations through these specialisms.

David has been involved in partnership working and preventative activity throughout his policing career.

🌟 Teachers and youth workers 🌟
Have you downloaded our NEW Scotland resources?

At http://fearless.org we help to empower young people to make their communities safer by giving them a safe place to #SpeakUp about crime 100% anonymously

Some spaces left but filling up fast. You can register to attend this free event here 👇👇

For some, #BonfireNight can be a time of distress and upset. If you know or suspect someone is misusing #fireworks, report it 100% anonymously to @Fearless_Scot. More info at: https://www.fearless.org/campaigns/Scotland-fireworks #BeFearless

So important that this work continues and continues to be funded. #Youthwork is key to building safer communities. #NeverMoreNeeded

🔎 Read our latest report, 'Learning Through Lockdown', to find out how youth work has continued to make a positive impact on the lives of young people throughout an extraordinary year.

Any cookies that may not be particularly necessary for the website to function and is used specifically to collect user personal data via analytics, ads, other embedded contents are termed as non-necessary cookies. It is mandatory to procure user consent prior to running these cookies on your website.