Home Uncategorised Do our attitudes to crime and punishment promote safer communities? 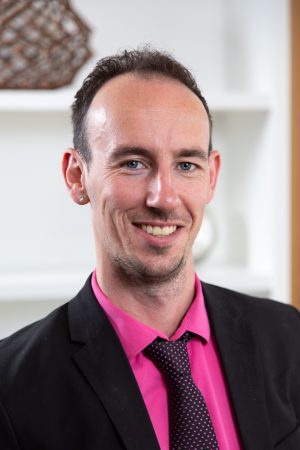 A few recent prominent media stories got our team, and myself in turn, interested in thinking more about this. The first was the case of a 15 year old boy arrested and charged with the killing of a Shetland pony in West Lothian. It brought about strong feeling. Comments on social media around this case from members of the public expressed shock – but they also expressed uncompromising vitriol and a desire for retribution and harsh treatment against the 15 year old boy who committed the crime.

Another example shortly thereafter was the arrest of a 12 year old boy from Solihull in England for sending racist tweets to the footballer Wilfried Zaha, announced by West Midlands Police on Twitter with the somewhat triumphal sounding hashtag #ARRESTED with the assertion that ‘racism won’t be tolerated.’

Following on from this, we saw a return to the news of the Shamima Begum case, the young girl who at age 15 left the UK to travel to Syria to join ISIS, as the UK Government takes its’ case to the UK Supreme Court to stop her from returning to the UK to fight her case against being stripped of her UK citizenship. You may be well aware that comments on social media regarding this case have been of the pitchfork and flaming torch, ‘hanging’s too good for her’ variety. The UK Government appears minded to sympathise with such thinking.

However, as Scottish Sentencing Guideline proposals take into account, the evidence shows that young people in particular are less able to take responsibility for, or appreciate the consequences of their actions; are more vulnerable to peer pressure and exploitative relationships and are more likely to take risks. They also have a greater potential to be rehabilitated. SCSN agrees that rehabilitation should be the core consideration when sentencing young people.

We know that childhood trauma and adverse childhood experiences (ACEs) do not only have an impact on a person’s health over the life course, making it much more likely they will suffer from mental health problems, physical health problems and addictions – but can also manifest in criminal behaviour, including violent, sexual and other crimes too. (The Violence Reduction Unit in Scotland recognises this and has received high praise for its success in reducing violent crime in Scotland by taking a trauma informed, public health approach to crime reduction.)

Why does this happen? Traumatic experiences in childhood and through to adolescence affect the healthy development of the brain, particularly in the emotional circuitry of the brain (affecting the ability of a person to regulate emotions like anger) – and most notably in the frontal cortex of the brain where our behaviours and impulses are regulated.

Traumatic experiences also increase the likelihood of developmental disorders such as attention deficit (hyperactivity) disorder – also decreasing a person’s ability to interact with others in ways which would be considered socially acceptable – and making them more vulnerable to mental health problems and addictions.

The brain does not stop developing until around the age of 25 years old, and therefore, early interventions can mean that children and younger people are more able to change unhealthy and/or anti-social behaviours which may lead to crime before these behaviours become more fixed.

When sympathy turns to ‘so what?!’

Let’s imagine we encounter a child. This child was born to an alcoholic mother and father. For the first few years of the child’s life, the child was exposed to ferocious arguing between the parents who were also violent towards each other. Sometimes the neighbours are forced to call the police and his dad gets taken away by them. At age six, the child’s father leaves the family home and never returns. Over the next few years, the mother continues to struggle with raising the child on her own, with little family support available. Her problematic alcohol use is complicated by her own severe mental health problems. Sometimes she simply cannot get herself out of bed in the morning, so the child must begin to look after himself and his mother.

When the child goes to school, he often has no money and his clothes are not washed. He begins to get badly bullied. His mother’s mental health and alcohol problems deteriorate and when he goes home he is often shouted at or ignored. He has nobody in the home to help or to talk to, and his grandparents are either dead or live too far away. He has to deal with things by himself. Eventually things get so bad, he is taken into care.

If we stop here, it would take a complete lack of humanity not to feel desperately sorry for this young boy. His childhood has been awful, he’s seen and experienced things children just shouldn’t have to go through. Our impulse would be to give the child a hug and want to make him feel better, feel valued and loved.

Now let’s imagine the child is a little older, maybe around 12. He understandably feels very angry at the world. Nothing in his life has been nice. He looks at other children who have nice families and parents who obviously care about them. They’re popular with other kids and part of the cool crowd. Nobody ever talks to him except to insult him. He starts to act out. He becomes aggressive. He starts to bully other children himself. His aggressive behaviour escalates and eventually he begins assaulting teachers and other kids. He starts bringing a knife to school to scare other kids and one day, he gets into a fight and stabs someone.

Does he get sympathy now? Do people understand that this was a possible and somewhat predictable outcome of the terrible things he experienced and his inability to control his emotions? As we saw from reaction to the media stories above, the answer is often a resounding no. Indeed, many people call for him to be put in prison, given a tough sentence, taught a lesson! He must be punished! As if he had not already been punished by life enough.

People say things like ‘So what if he had a hard life or childhood?! That’s no excuse! I had a hard childhood and I didn’t go around being violent or stabbing people!’ There but for the grace of God according to the evidence. It’s a possible outcome for any traumatised child, depending on huge range of individual and environmental factors which may protect against or promote such outcomes.

Having the courage to change the things we can

I myself am a traumatised child who went on to develop mental health problems, addictions and to commit crimes. I regularly attend 12 Step Recovery Meetings. At the end of many of these meetings we recite the Serenity Prayer. It goes,

It’s about taking responsibility but also about managing problems. Some things I cannot change. But where there are things I can change, especially if I have an awareness of what they are and how to do it, then it is incumbent upon me to make those changes. If we want to make communities safer places, then as professionals working in community safety, armed with the knowledge we have on crime and the causes of crime, it is for us to take the responsibility to have the courage to push for and make changes that are within our power.

We cannot stop children from being abused and traumatised altogether, but we can work to reduce the opportunities for it to occur. We can and must properly value youth work and early interventions, and invest in them. We can work to change attitudes towards people who commit crimes. We can even change our own attitudes.

If we can intervene early enough to stop trauma from occurring, we fix the problems before they begin at all! We know that harsh or lengthy sentences have poor success rates in reducing re-offending, so moving away from these is something else we can do, and thankfully, Scotland is making those moves.

Over the coming months, SCSN will be working with the Violence Reduction Unit on some joint messaging around attitudes to crime and people who commit crime, especially young people. We’ll be looking for your support in this. SCSN has a major interest in this because we know communities will be safer when compassionate, public health approaches with a focus on rehabilitation are taken. A focus on prevention and an understanding of the causal factors of crime means less crime!

I leave you with a thought for the future on adults who commit crime. Traumatised children eventually become traumatised adults. Their brains are affected by the same developmental issues which have not simply resolved with the passing of years or bigger shoe sizes. If we believe that traumatised children and young people are deserving of a compassionate approach to justice, or that every child is special and deserving of help, love and care – then to quote the late comedian George Carlin,

‘If every child is special, isn’t every adult special too? And if not, at what age do you go from being special, to being not so special.’

The ACES Studies are not the only source of material on trauma and brain development, though they are perhaps the best known. If you’d like to learn more about the effects of early trauma on brain development, I’d highly recommend reading ‘The Body Keeps the Score’ by Dr Bessel van der Kolk, and ‘When the Body Says No’ by Dr Gabor Mate.

With a 30% increase in people of pension age projected by 2045, today's figures from @NatRecordsScot highlight the urgent need for Scotland to better plan to support older people if we are to meet the needs of an ageing population. Read more ⬇️ https://bit.ly/3K2B0U6

With living costs rising and added pressure due to the Omicron variant, it's clear older people are facing considerable challenges this winter. Together with @scottishcare as part of the Older People Network UK, we are calling for increased winter support. https://bit.ly/3Fm5BZ5

4 new chargers for the Glasgow area, funded by @transcotland

During 2022 we'll take more steps to meet our world-leading climate change targets, including:

🔹 Free bus travel for under 22s
🔹 Building a greener railway, as we take over the @ScotRail franchise
🔹 Setting out long-term investment priorities to reach #NetZero