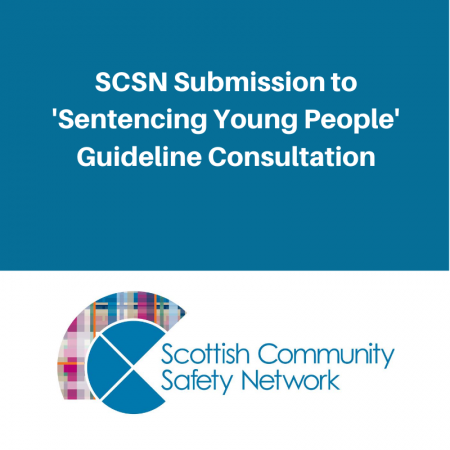 “We think rehabilitation is particularly important for young people as there is significant potential for a young person’s behaviour to be changed and the risk of reoffending reduced, particularly as a result of their still developing maturity and their capacity for change.”

The SSC also hope that they will promote a consistent approach to sentencing, and help to explain to the public how sentencing decisions are made. The first of these guidelines, ‘Principles and purposes of sentencing’, was approved by the High Court in October 2018, and came into force in November 2018. The second, ‘The sentencing process’, was subject to public consultation in summer 2019, and will be submitted to the High Court for approval in due course.

So sad to hear this. Our thoughts go out to Barry's family and our colleagues at @fire_scot at this very sad time.

With profound sadness we can confirm that Firefighter Barry Martin has passed away following the serious injuries sustained during a large fire at the former Jenners building in Edinburgh.

Today is #HolocaustMemorialDay
We remember all who were murdered simply because of their characteristics. Millions of people murdered because they were Jewish, LGBT+, Roma, living with disabilities or just being different, that must never happen again. We stand against hatred.

Scottish Recovery Network are holding a series of recovery conversation cafés to help develop the Scottish Government’s Self-Harm Strategy. Are you willing to share your experience of self-harm support?