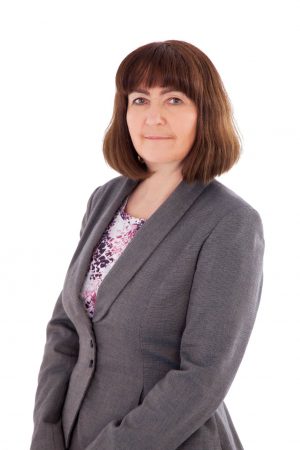 Lesley Rudd became Chief Executive of leading UK charity, Electrical Safety First (ESF), at the beginning of this year. In this introductory Q&A, she explains how the Charity is supporting people during lockdown – and some of the pioneering work it is undertaking in Scotland.

Q:  Lesley, you previously headed-up the Sustainable Energy Association. What instigated your move to an electrical safety charity?

A: I am passionate about sustainability and safety, which developed when I worked in Scotland’s oil and gas industry. I was a member of an industry safety network and was always impressed by the way commercial rivalries were put aside, with people sharing best practice and collaborating fully, when there had been a major incident. So Electrical Safety First seemed a natural fit – encompassing my interest in safety and sustainable energy and having collaborative working at its core.  In the 21st century, electrical safety must have a 360-degree approach, so we work with Government, Industry, consumer protection organisations, and a host of key stakeholders, such as the SCSN, to protect people from electrical risk.

Q:  How has COVID-19 affected the work of ESF and are there any basic electrical safety issues to be aware of during this time?

A:  Thankfully, we can continue working from home – and we are very aware that we are extremely fortunate in being able to do so.

But we were concerned about the increase in electrical risk homeworking can bring. Currently, 74% of all domestic fires in Scotland arise from electricity, with most caused by electrical products. And, inevitably, homeworking requires the use of several of them, from laptops and tablets, to phones and heaters.

Our research discovered over three quarters of Scots currently working from home, are doing so for the first time, due to COVID-19. And 38% of them have more appliances plugged into extension leads than usual, often unaware that overloading sockets is a fire risk. Most of us aren’t used to ensuring our workstations have no electrical hazards, so ESF has run a major media campaign, to offer some top safety tips. For example, not daisy-chaining extension leads and ensuring you charge devices on non-flammable surfaces. There’s lots more information and tools to help people keep safe, on our website: www.electricalsafetyfirst.org.uk

Q: What are the priorities for Electrical Safety First in Scotland?

A: The key issues are home and product safety. With our Inequality Street campaign, ESF led the charge for regular electrical checks in Scotland’s private rented sector, which came into force in 2015. We are now focusing on extending this safety essential to mixed-tenure blocks and the owner-occupied sector. The probability of fire spread is exacerbated in high density housing, especially in multi-story apartments or blocks of flats. And many homeowners are older and vulnerable people, yet there is no requirement for regular checks in this tenure.  We want a uniform set of safety measures, across all tenures, to ensure consistent electrical safety.

During the last couple of years, high profile product recalls have become almost a staple of the news agenda. And in 2019, white goods – such as washing machines, fridges and tumble-dryers – caused a fire in a Scottish home on an almost-daily basis.  So we have been campaigning to improve product recalls and adding our voice to the development of the Scottish Parliament’s new Consumer Scotland Bill. ESF has long called for a central database, a single, trusted source for consumers, providing information on any major recall.  So we are delighted that this important resource has been included in the Bill and we look forward to working closely with Consumer Scotland in the future.

Q: How are you planning to work with Scotland’s local and national government?

A: The Charity is a member of various Scottish Government and related groups and campaigns both nationally and locally on key issues.  We run drop-in sessions for MSPs, so they can help their constituents stay safe, respond to consultations and undertake research, to help support evidence-based safety policies. And collaborating with networks like this – the SCSN and the Building Safer Communities programme – is really important in creating a joined-up approach to electrical safety. Our work with local government is continually developing and we have long-established relationships with Trading Standards. But we also engage with grass-roots groups through our Fire Safety Fund Awards.

Q: What do you think are the biggest challenges for electrical safety in the future?

A: Two of the biggest challenges are smart products and the decarbonisation of heat. To achieve net zero greenhouse emissions by 2045, we need to heat Scotland’s buildings with low-carbon heating, such as heat pumps, which need electricity to run. Currently, 81% of Scottish homes are heated by gas. Added to the mix is the huge increase in electrical appliances, the advent of the smart home and EVs. And then there are issues around the shortage of trained installers and consumers’ lack of familiarity with electrical heating – all of which impact on electrical safety.

As you can see, not a short set of challenges, which is why we’re committed to working in partnership – to make our increasingly ‘Electric World’ safer for everyone.