Home Safety Scotland has published their analysis of Unintentional Injuries in Scotland for 2017. You can read a synopsis of the report here as well as downloading the full report at the bottom of the page. 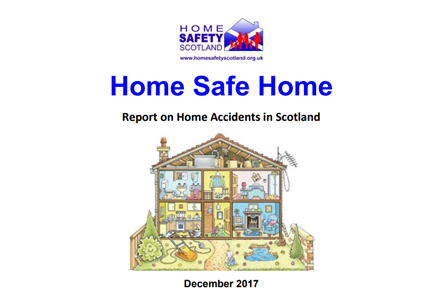 This document has been produced to help support the Scottish Government’s Building Safer Communities Phase 2 programme which was launched earlier this year.

The following is taken from Building Safer Communities Phase 2 programme raises a compelling narrative for action to tackle the scale unintentional harm in Scotland:

Most unintentional harm is preventable, this is particular so with unintentional injuries involving the most vulnerable age groups in society, such as the under fives and older people.  Therefore there is much scope for improvement both nationally and locally.

Accidents in the home in Scotland have generally not been seen as a priority for action, even though more people than ever before, in Scotland die or are injured as result of an accident within the home.

The age groups most at risk are the most vulnerable in society, the very young (under five) and the old.

Home Safety Scotland hopes that local community partnerships will find the information in this document useful and will assist local partnerships to develop appropriate prevention strategies to reduce unintentional harm in the home and help save lives.